Twitter Cards Galore: What they are and why you need to use them 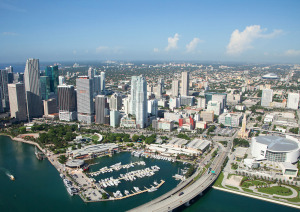 Getting a little frustrated with having to Tweet your fans in so few words? Well, you are in luck because Twitter Inc. has finally figured out a clever way to get around its famous 140 characters limit. It is called the Twitter card. A Twitter card is when you can enlarge the size of a tweet that has an attached link. This usually appears when you see a ‘view video’ or ‘view summary’ tag under the tweet.

Right below the first paragraph of the link, a new link with the name of the source’s content you are sharing appears and when clicked on, it will redirect the user to the full article, image, video, etc. Twitter, which has become the second most popular social media networking website in the United States, with over two hundred and fifty million users, states that this new feature adds ‘media experiences’ to the content you push out. In essence, the Twitter card enables the user to preview additional content on your account.

There are seven types of Twitter cards that can be attached to any tweet and they are both web and mobile friendly. They include the following:

Summary Card: This is the default Twitter card (as seen above). This type of card includes a title, description, thumbnail, and Twitter account attribution.
Large Image Summary Card: Same idea as a Summary Card, but enables you to show an enlarged size of an image.
Photo Card: A photo card that is tweet sized.
Gallery Card: Share a collection of photos.
App Card: Share a profile of an application.
Player Card: Ability to share Tweet sized video/audio/media player card (in beta testing; may need additional time to approve)
Product Card: Ability to better demonstrate to users product content (in beta testing; may need additional time to approve)
In order to implement any of these cards, you must also complete the following steps, as instructed by Twitter’s developers via https://dev.twitter.com:

Review the documentation for the type of card you want to implement.
Add the pertinent meta tags to your page.
Run your URLs against the validator tool to be approved.
Besides the unique and creative way the programmers and designers at Twitter were able to develop Twitter cards, allowing any brand to communicate their message even more effectively, it was also simply-designed, continuing with the company’s ethos of always innovating while simultaneously enhancing simplicity.

Try it out and tell us what you think! Also make sure to visit our web design gallery.

The Latest in Web News

Our blog is fresh and up - to- date with the latest in web design and web development, Search Engine Optimization [SEO] and Everything Web News.